A Bit of Rain and a lot of Wind 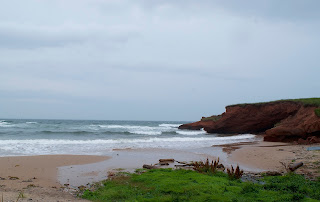 Today, as promised, the wind showed up with meaning! Sustained speeds of 30 to 35 kph with gusts over 45. Along with all that winds came a bit rain to add to the mix. I think I'm going to chicken out of the bike ride today.

As we had planned, we headed out to witch the parasailing and wind surfing. It was even a bit windy for them but the heartier (crazier) of them still showed up. They put on quite a show. 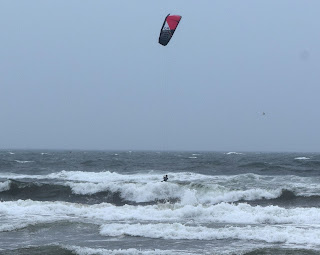 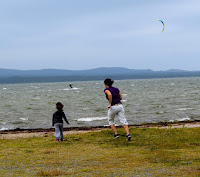 After a couple of hours watch this show, you could taste the salt on your lips. Time to head for the museum. We found that this little museum was very well done. It explained how people came to live on this out of the way place. They also had an impressive skeleton of a sperm wail hanging from the ceiling of one of the rooms. 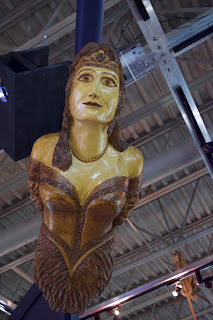 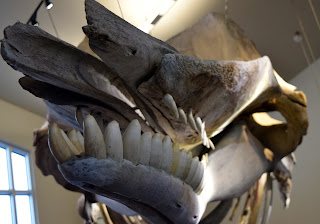 While we were driving out on one of the long thin fingers of the south island we came upon this spot where there were several trebuchets all set up pointing out to sea. I have no idea what that was all about but wouldn't that be fun to play with! Time to head back and pick up some ingredients at the local fish market for a good seafood chowder and get ready for our next move. We have a cottage by the beach on the northern island. 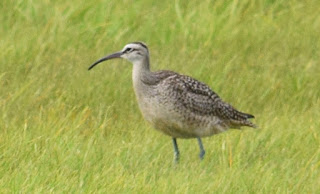