It has been a while since my last blog posting. I had let thing catch up with me and ended up dropping a few things that I like doing because I just couldn't find the extra time for thing that I told myself were just extras. Well, I like doing some of these things and miss them so I will try to get back on line.

I had actually written the following post just after our vacation. So I hope you find it interesting. 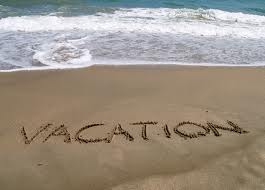 It has been quite a year so far this year (2012) but vacation time is finally here. As the time came closer, things just seemed to keep piling up.  The week before I was about to go on vacation, it seemed to me that the whole place had gone crazy! Nothing was going quite right and there was a big production run planed for some of the new equipment I have been working on. 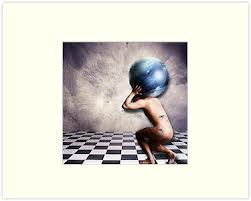 To top it off, the engineer I have been working with was also going on vacation. This would not normally be any kind of issue, but this time he was leaving 3 day before I was. This meant I had to be sure all of his plans we put in place executed as he had laid out. My last day before vacation was Wednesday so by Monday afternoon I felt like the weight of the world was on my shoulders and mine alone. Not the case of course but it was just how I felt. This new equipment needs to run and if it didn't run, that would impact our plant and the company in a very negative way.

The run started Tuesday morning and for the most part, everything went as planed. I gathered the information the engineer asked me to gather and worked with the other engineer through the run to be sure everything ran. Later on in the day my Supervisor came to me and thanked me for all my efforts. I admitted to him that I sweat blood over this and was very pleased at the progress we have made so far.

Through these last few day, I have been trying to bring one of the other mechanics up to speed on the project. Fortunately, I am a real note keeper and a great believer in sketches and photos. It was a lot for him to cram in but it is just for 2 weeks and he is a very capable man. He will do just fine. The end of the day Wednesday finally arrived and I felt a huge weight being lifted off of my shoulders as I walked out of the plant. It was time to relax and slow down.

I have to admit to being of two minds about this. It is a good feeling being needed and appreciated and I am. I know it is wrong but I felt a twinge of concern turning all of this over to someone else, even though it is for just 2 weeks. The engineer working on the job at the time and I had a couple of laughs about it. He asked me if I was going to have my cell phone with me. I told him I promised to take it and he could call me any time he wanted but it probably wasn't going to him much good. When he asked me why, I told him that I was going to take the phone but I have no planes on taking the battery with me. Very funny he told me. " You really don't care do you" he said jokingly to me.

I responded by saying " that is so unfair! You cut me to the quick! And what was your name again??" Just before the end of the day, I went to him and told him that I would have my cell phone with me and if he got stuck, he could call me any time. He did just fine as did the mechanic who was covering for me.

It is a good thing to be part of something like this and to know that what you do maters. I was once told by one of the supervisors that I was very passionate about my work. I know that was not a total compliment but he added that he appreciated my level of interest in my job. On the other hand, I was once told that I take my work to seriously. I should just let it go as soon as I walk out the door. I just can't do that. My favorite mantra in just about everything I do is "never, never let go". And I don't I like things to work the way they are suppose to so that is what I strive for. Not perfection, you could drive yourself mad with that. Just to work and work properly. What more could you ask for.

So, after working some very long hours, sweating blood, training the person who is covering for me with far to little time to do it, I am now on vacation.

There I sat on the jet as other people boarded, including two very young babies who are probably on their first flight and not dealing well the pressure changes and noises, some woman behind me who hasn't stopped coughing from the time the wheels left the ground, some guy in front of me who wants to recline his seat back into my lap and some other guy beside me who I am sure has never used deodorant in his life. Ah yes. Thank goodness for vacation. A chance to get away from it all and enjoy a bit of a break.

WHAT HAVE I DONE!! 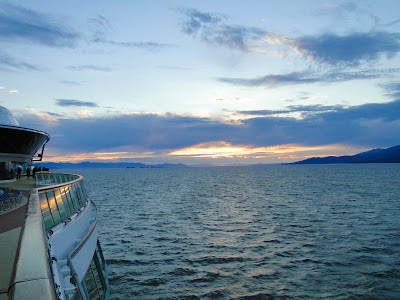